Growth & success for the entrepreneur. Prosperity for America

Anyone who currently has an eye on the economic state of the country’s entrepreneurial force might have been worried for the past decade or so. Unfortunately, we’ve seen a decline in American entrepreneurship— there has been a 36% drop of startup formations. This can be attributed to a few things. Economists have been pointing to the Great Recession as one of the major culprits as entrepreneurship requires a certain amount of financial risk that people were no longer willing to take. Another culprit that people like to point fingers at is the erosion of the United States patent system that is crucial for giving young companies the protection that they require to be able to do business successfully. But, with every downturn, there’s bound to be a following upturn around the corner and it’s finally here, just in time for 2018.

The Patent System Is Recovering

In recent years, as previously stated, there has been some difficulty with our patent office. The Patent Trial and Appeal Board has faced quite a lot of backlash after their crusade to demolish a number of patents. This “patent death squad”, as dubbed by Forbes’ David Pridham, went about removing the intellectual property rights of literally hundreds of small and medium businesses by slashing our patent system to ribbons. This did not inspire confidence in anyone with a new idea, as the “little guy” was repeatedly attacked. With Oil States v. Greene’s Energy about to be ruled on in the Supreme Court, we may finally see some positive change. The ruling of this case will determine whether the PTAB can proceed with their mission to destroy startups by destroying their copyrights to their innovations, that is, without due process and in violation of the law and Constitution. Andrei Iancu also stands to be the next Under Secretary of Commerce for Intellectual Property and Director of the United States Patent and Trademark Office. Mr. Iancu is known for his platform that’s built on strengthening patent rights especially for startups from large corporations. Mr. Iancu was never employed by Big Tech companies like the previous head of the patent office, which is giving entrepreneurs hope.

Any entrepreneur’s bread and butter can be attributed to the venture capitalist that’s backing an idea that was, at one time, only a dream. Venture capitalist investments in startups have jumped to around $148 billion last year, which is the highest it’s ever been. Another boon for the entrepreneurial world is the recent VC-backed companies that found quite a bit of success. Forty of these companies have recently achieved billion-dollar valuations. Combining this climate with the steady job growth we’re currently experiencing, and suddenly you find that the winds are against our entrepreneur’s sails.

AI companies are on the rise, and there’s no doubt about it. Experts are expecting a $13 trillion market opportunity by 2025 for ventures that lean toward the machine learning, advanced robotics, and autonomous vehicle industries. Everyone is excited about the paradigm shift that AI represents. It’s the next frontier for what humankind can do with machines and technology. It’s what novelists and science-fiction enthusiasts have been daydreaming about for years. That alone is why it’s going to prove to be the biggest industry around in just a couple of years.

Many startups of different kinds have a huge stake in AI advancements. This year, it’s expected that AI will become super accessible through third-parties for small businesses and will become a tool that gives your company a competitive edge in the market. It will become the next biggest thing in equipment leasing and financing for this year. Soon, AI will allow you to unlock customer insights, complete administrative tasks, and so much more.

IP Is The Path To Success

IP stands for intellectual property, and in the U.S., it accounts for 38.2% of our total GDP, which is astonishing. This adds up to around $6 trillion per year and it is responsible for 30 percent of our total national employment. Obviously, this is derivative of the American dream of entrepreneurship which has fueled innovation and created fertile soil for original ideas to grow and then flourish within. Despite the importance of this concept, there has been little acknowledgment of its importance in the entrepreneurial process among the academic world for some time. That’s all about to change now since the University of Southern California has finally decided to provide a course for entrepreneurial undergrads to learn about the importance of IP. The purpose of the course is to help the business owners of tomorrow navigate the IP-fueled economy that the U.S. has become well-known for. Hopefully, once the course proves successful, there will be more institutions of higher education that catch on and follow suit.

With these fair-weather signs lying on the horizon for 2018, we’re looking at a promising year for entrepreneurs.

If you’re looking to start a company interested in commercial financing for a new, comprehensive AI system or equipment financing, contact Patriot Commercial Lending Solutions. We proudly serve the Dallas area with economy-boosting financing options for small businesses. Together, we can grow our local economy and the American economy as well. 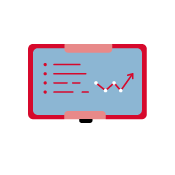 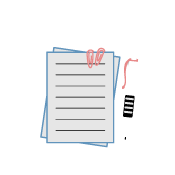 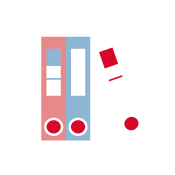 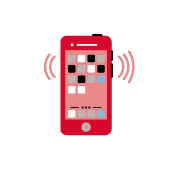 Our Solidarity Is Equity

Innovation and flexibility, quick and results-orientated